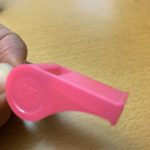 As if the still growing diesel scandal hadn’t sufficiently demonstrated the strong need for whistleblower encouragement and protection in Germany, the recent case of the sausage maker Wilke drives the point home. Wilke has been found to be the source of the deaths of three people and sickening many more. And recently, photos taken by an ex-consultant of the firm prove severe, long-standing hygiene infractions.

Once again, as in the diesel scandal and many others, people wring their hands and ask “how could this happen?” or “why didn’t the staff speak up?”. Most employees are NOT inherently cynical or unconcerned about “irregularities” (whether cheating, skimping on necessary standards, or ignoring signs that products cause direct harm to customers in some way). On the contrary, I firmly believe that a majority of employees want to be proud of what they produce or do, and would unquestionably stand up for ethical approaches to their work.

So, what stops them? Fear. Fear of reprisals, of being ostracized, downgraded, cheated of opportunities or in the worst case, fired.

When managers push to cut costs and ignore potential dangers, employees are caught in the middle of what is often a slippery slope. Having looked the other way when the first safety process reduction took place, they already feel complicit in the next. And feel increasingly implicated – and therefore impotent to protest – as controls get eliminated, corners get cut and the limits get pushed.

This spring, the European Parliament established a regulation requiring Member States to pass whistleblower laws. This directive specifies when whistleblowers can leapfrog their own companies and address themselves to public bodies, and lays out additional protective measures that should be translated into national laws. Furthermore, it obliges Member States to require companies with more than 50 employees to set up mechanisms for internal reporting of anomalies/irregularities.

A number of organizations in Germany maintain that the legal framework is currently strong enough to protect whistleblowers. They are concerned about potential reputational damage to companies “unfairly” criticized. However, for every unfortunate case of this sort, there are dozens (or more) in which the damage is richly deserved. And having such a strong protection could well serve to make managers think twice about cost-cutting that also adversely impacts quality.

Of course, in this debate, it is also important to understand the historical sensitivities toward creating a “culture of denunciation”. But I would argue that, nearly 75 years after the end of World War II; Germany can consider the rule of law well enough established to create transparent and very clear protections for whistleblowers. This would indeed be a further demonstration of its leadership in living strong civic and individual protections – another potentially great export product!!