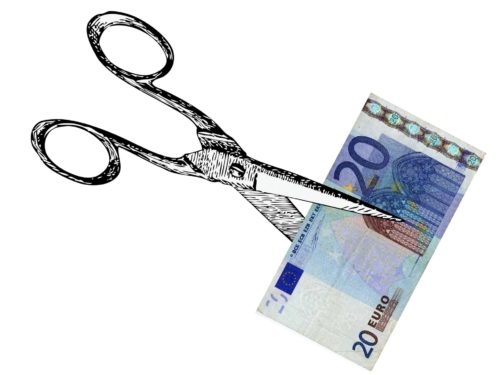 While cost-cutting in itself can be absolutely necessary and worthwhile, HOW it is done is very often wasteful and ends up generating higher costs than the intended benefits can ever bring. We speak today of six specific cost-cutting traps.

It seems logical: if we think we have too much staff, we should stop hiring. However, a blanket hiring freeze can put your company into a straitjacket that actually increases costs. With bigger companies, people will tend to take on external contractors, who – even though they ostensibly don’t show on the balance sheet – are usually more expensive than staff. And then these external contractors may leave after a few years, taking their hard-won knowledge with them. In smaller companies, where the possibility to bring in external contractors is limited, important jobs don’t get started or completed and the flexibility to bring in exactly the skill set required for certain challenges is capped.

One of the most common cost-cutting mistakes is the across-the-board staff cut idea. In this case, each department or division must sacrifice equally, to avoid any complaints of favoritism. Needless to say, with such an approach, the most efficient departments will suffer in their productivity, creating exactly the opposite effect to what was intended. Add this to the rule that many top performers, knowing that they can get another job, will put themselves on the list of separations, and such a policy actively damages the enterprise. Not to mention the knowledge that is lost, the motivation that demonstrably sinks in such times and the general productivity reduction generated by uncertainty.

3)   Office/Space sharing which disregards the type of work

One very common mistake of the past 10-15 years has been to group staff in open plan offices. While such offices can be beneficial for saving space, study after study has shown that productivity can fall and staff anxiety, illness and general discomfort rise significantly when people who need quiet to think about their work are forced into undeniably louder and more distracting working situations.

4)   Outsourcing risks along with services

The dogma that outsourcing all “non-core” functions is beneficial has long been a mantra of cost-cutting. However, there can be significant risks to doing so. A number of companies outsourced their IT only to be obliged a few years later to insource it again. If, for example, IT is outsourced, a company still has to be very careful not to inadvertently take on serious new risks. It must have its own capability to supervise and oversee performance and development, not to mention the back-ups or other risk mitigation measures. And these are also costly!!

This may seem like a small-budget item, but it is a common favorite among some cost-cutters. Unfortunately, saving on the software updates or new tools and materials can also backfire in a big way and incur very large costs down the road (not to mention additional risks).

Last but not least is the trick of setting top-down cost reduction goals. These may look good on paper. But when individual departments and divisions are not consulted, such goals can badly backfire. One example of this is when work that is essential and in the global interest of the company is postponed or when strategic priorities are subsumed to cost-cutting pressures, and revenues suffer as a result.

At some stage, almost every company sees a need to reduce expenditures. As this article shows, it is essential to do so in a strategic, thoughtful manner that weighs the unintended consequences and avoids pitfalls. In coming blogs, we will discuss how to get it right.