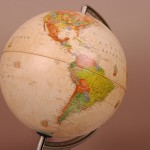 own. However, this is merely the tip of the iceberg. In fact, culture manifests itself in very different ways.

Company culture has almost as much impact on a person’s behavior as does the influence of the country in which they grew up. It is often said that large concerns today have adopted an “American” business culture. This is only partly true. The culture of a company derives from the values with which it was founded, combined with those of other companies it has acquired along the way. And usually is best observed in the written and unwritten rules guiding the behavior of most managers and staff. 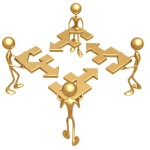 Professional culture is best understood when comparing the mindset, approach, business style and habits of different groups: economists vs. engineers, for example. The training and practice of a profession has a major impact on how one responds to a particular set of circumstances.

Last but not least, as developments speed up a larger cleft is opening up between generations. Older staff members have longer experience; the younger ones tend to be more technologically fit. Alone these differences can cause misunderstandings if not taken into consideration.